There is NOTHING more important than your health!

We at The John Jubilee Transformation Experience care about you individually. Over 50,000 people and 200 Doctors have experienced their health transform, thanks to John Jubilee’s unique Cellular Health Formula.

We are here to show you the way, speak life changing truths and even hold your hand to help you reach your health goals the healthy and sustainable way. 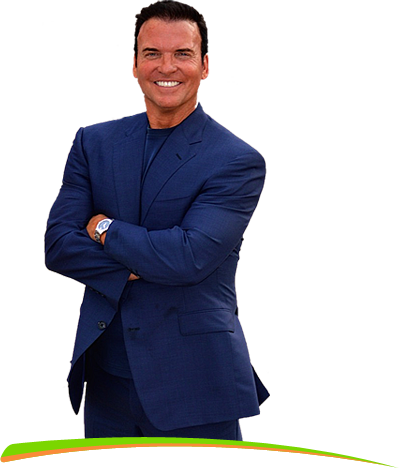 GET YOUR FREE HEALTH ASSESSMENT TODAY!

If you have suffered from any of these issues or would like to avoid these issues by creating real health at the cellular level, we can help you!

John Jubilee has spent over 40,000 hours of cellular health research and helped tens of thousands of people around the world experience real health at the cellular level.

In this health assessmentyou get to work 1:1 with one of our specialized health coaches. You will get clarity about next steps best for your body type and situation.

John guarantees in his programs that you will

Register now for your FREE Health Assessment and Consultation

One of our health coaches will get with you, to schedule your FREE appointment to get you started on your way to optimum health!

Put your name and email below now and get started!

"After my professional health screening I had every one of my health markers in the red, which is horrible! After working with John Jubilee, now every health marker is in the green, which is great. I now have documented perfect health from the inside out and the bonus side effect was that I also lost 40 pounds of fat, gained muscle and have an energy level I have not had since I was 20 years old. Thank you, thank you, thank you."

"I’ve now lost about 60 pounds of fat and gained 12 pounds of muscle and hydration in about three months. I’ve come off of four medications; Two antidepressants, high blood pressure medication and cholesterol medication. I’m now med free! My blood pressure was in the 145 over 95 range nowoff medication it’s usually around 110 over 75."

" I was a paratrooper in the Army before I became a preacher and always said ‘I wouldn’t become a fat preacher’. My pastors growing up we’re all very overweight. I did well until I messed up my knee sledding with my kids and couldn’t run anymore. I had gained a lot of weight and did every program available to no avail. I heard John on the radio for five minutes and signed up. It fixed my knee and I lost over 50 pounds of fat and did my first triathlon at 48 years old. It was the easiest thing I have ever done!"

We will never rent, share, or sell your information. We will send you some information to help you decide which program is best for you and share some testimonials of our past happy, healthy clients.